With its saw-toothed leaves, chicory may look like a dandelion, but it is actually more closely related to radicchio! There are many varieties that have been famous throughout the years; perhaps the best-known varieties had red leaves and were grown from the 15th century onward in north-east Italy. If we feel like trusting Wikipedia, the most famous of these red varieties is from Treviso (radicchio rosso di Treviso), near Venice. Different from these varieties, we also have white varieties or Belgian chicory, otherwise known as witloof, which means “white leaf” in Dutch. The chicory used in today’s lunch is also different; though the name suggests Catalonia, this variety is most popular in Italy and is actually almost unknown in Catalonia. Of all types of chicory, this one is the most bitter.

Naming here can be a bit tricky, as the Catalonian chicory may just be known as chicory, a broad term for a range of plants, for example, the one whose roots are used to make coffee substitutes. These are really the same plant, all being Cichorium intybus in Latin, meaning that all types (including Catalonian) are just varieties of the same species. This plant grows across much of Europe and beyond as a cultivated plant and as a weed in fields and wild areas.

Since the Catalonian chicory has harder and more bitter leaves than other varieties, it is especially suited for cooking. Today, however, we did not cook it but mixed it in with hot, boiled potatoes.

For today’s lunch, it was hard to point out one dish as the main course. For our onion sauce, we cooked up onion in olive oil after cutting it into thick rings. When golden yellow, we added adzuki beans, which we had previously soaked for 2 hours and boiled in water for half an hour. These beans are slightly smaller than many beans you are likely accustomed to. We then separately cooked up sliced beet and celery tubers in a bit of oil; we cooked this for a few minutes and then covered it to help it cook more. This helped us soften them up a bit more quickly.

For our salad, we cooked potatoes, peeled them, cut them into slices, and added our sliced Catalonian chicory while the potatoes were still hot. When everything had cooled down, we added balsamic vinegar and pumpkin seed oil.

All three dishes (potato with chicory, onion and bean sauce, and roasted veggies) were served together.

With today’s lunch, we got 25% of our daily caloric needs while also meeting this same benchmark for all other nutrients except selenium, vitamin D, and vitamin B12. We managed to get 40% of our daily protein requirements, once again proving that a vegan diet can be rich in protein. The beans were the main source, followed by the beets, Catalonian chicory, potatoes, and onions. Calcium is also often thought to be lacking in vegan foods, but today’s meal gave us 30% of our daily requirement for this mineral, mainly coming from the chicory, celery, beans, beet, and onions. 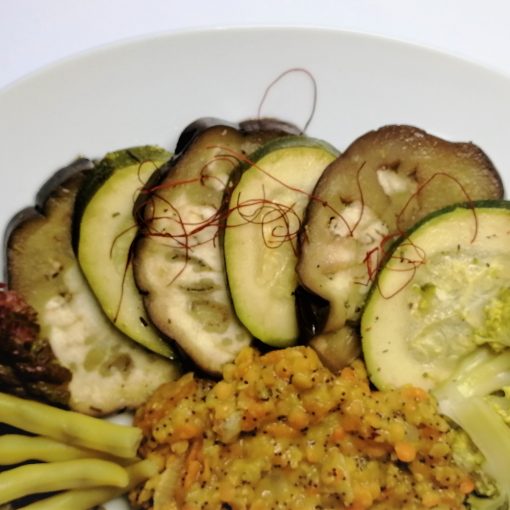 So far we have published two parts to our finger foods series, which bring you great ideas for quick and easy foods […] 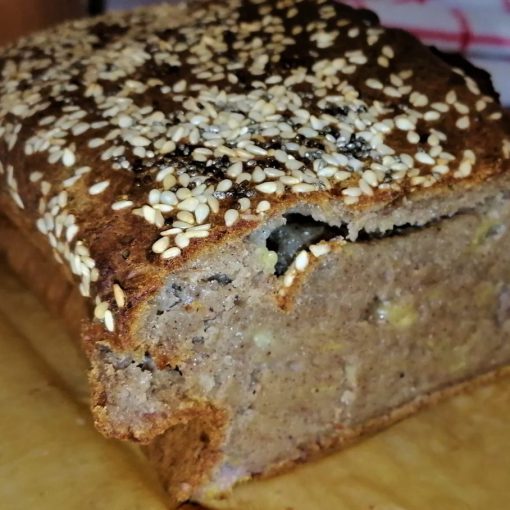