Fat in the diet is not just a source of calories, which we often do not want. Hormone-like message molecules are formed in our body from some of its components – fatty acids. Since these fatty acids cannot be produced by our body alone, we must necessarily consume them with food, which is why we call them essential fatty acids. There are two types of essential fatty acids: omega-3- and omega-6-fatty acids. We need to ensure a sufficient intake of each of these through our diet. We often have too little intake of omega-3 fatty acids, while the intake of omega-6 fatty acids is adequate for most. Deficiency of omega-3 fatty acids can lead to cardiovascular disease, rheumatoid arthritis, inflammatory bowel disease, asthma, and depression.

Fatty acids are most often found in our body into larger molecules with important functions, e.g. they build cell membranes, serve as a store of energy, and perform a signaling function. According to their chemical characteristics, they can be divided according to different criteria. After the presence of double bonds, fatty acids are divided into saturated and unsaturated. Unsaturated fatty acids can be further divided according to the number, position, and orientation of (cis- / trans-) double bonds.

The fatty acids present in nature contain almost exclusively double bonds in the cis configuration. Fatty acids with a trans configuration of double bonds are found in the highest concentrations in low-quality margarine, even up to 15%, and are naturally present in foods of animal origin (meat, milk, dairy products, tallow), in amounts from 2% to 5%. Trans fatty acids are not needed by the body, they even have harmful effects. Their consumption stimulates the formation of harmful LDL cholesterol, which leads to cardiovascular disease, also caused by Alzheimer’s disease.

Last year, Slovenia banned the sale of foods with more than 2 grams of trans-fatty acids per 100 grams of fat, making it one of the first and so far few EU countries to provide its consumers with a healthier diet.

Depending on the position of the double bonds, we know omega-3-, omega-6- and omega-9-fatty acids, which have the last double bond on the 3rd, 6th, or 9. carbon damage from the rear end. We are not interested in omega-9 fatty acids here, because our body can produce them on its own, and they are not needed for the synthesis of message molecules.

In the human body, fatty acids are synthesized by converting carbohydrates or proteins ingested through acetic acid into fats. Our enzymes can lengthen fatty acids or introduce double bonds into the chain, but not to all positions in the molecule. Mammals, and thus humans, cannot synthesize omega-6- and omega-3 fatty acids.

The simplest omega-6- and omega-3 fatty acids are linoleic acid and alpha-linolenic acid. Linoleic acid can be further converted by the human body into other omega-6 fatty acids, such as gamma-linolenic and arachidonic acid. However, by extending and introducing additional double bonds, alpha-linolenic acid can be converted by humans into other omega-3 fatty acids, such as eicosapentaenoic acid (known by the abbreviation EPA) and docosahexaenoic acid (abbreviation DHA). Because omega-3- and omega-6-fatty acids cannot be synthesized by humans themselves, but are essential in many physiological processes, they must be ingested through the diet. Therefore, linoleic and alpha-linolenic acids are called essential fatty acids.

The European Food Safety Authority issued recommendations on fat consumption in 2010 (https://www.efsa.europa.eu/en/efsajournal/pub/1461). The recommendations published by the Joint Committee of the World Health Organization (WHO) and the Food and Agriculture Organization of the United Nations (FAO), which operates at the United Nations, are very similar to European ones.

For total fats, it is recommended not to consume less than 20 and not more than 35 E%. The E% mark means the percentage of the energy value of fats to the total energy value of the food consumed. In an adult who consumes an average of 2,000 kcal of food per day, this means that he must consume enough fat to get 400 to 700 kcal of energy, which is 44 to 78 g of fat. In infants, total fat intake should be higher and can be gradually reduced from 40 E% at 6 to 12 months of age to 35-40 E% at 2 and 3 years of age.

Saturated Fatty Acid (SFA) intake and Trans Fatty Acid (TFA) intake should be kept to a minimum. Adequate intake (Adequate Intake, AI) of linoleic acid is 4 E%. No upper intake limit (Upper Limit, UL) has been set for total and individual omega-6 fatty acids (see table). Sufficient intake for alpha-linolenic acid is 0.5 E%; upper intake limits for this acid have also not been set. Sufficient total intake of eicosapentaenoic acid (EPA) and docosahexaenoic acid (DHA) is 250 mg per adult per day. Adequate DHA intake for infants (> 6 months) and young children (<24 months) is 100 mg per day. For adequate intake, pregnant women and nursing mothers should take an additional 100 to 200 mg of DHA per day in addition to the total intake of EMA and DHA (as recommended for adults) in addition to 250 mg/day. For cis-monounsaturated fatty acids and cis-polyunsaturated fatty acids, for arachidonic acid and the n-3 / n-6 ratio, the committee decided not to set reference values ​​due to insufficient scientific data. The Committee also decided not to propose benchmarks for conjugated linoleic acid and cholesterol.

However, the older WHO guidelines from 1994 differed from the newer ones in that they also recommended ensuring an appropriate ratio between omega-6- and omega-3-fatty acids. They recommended a ratio of linoleic acid (n-6) to alpha-linolenic acid (n-3) between 5: 1 and 10: 1. interval. It has already been stated in older guidelines that people with an increased ratio (in favor of n-6) should change their diet by consuming more omega-3 fatty acids and no less omega-6 fatty acids.

Table of EFSA recommendations for the consumption of whole and individual fats.

The most important source of essential fatty acids is plant seeds and oils derived from them. They contain mainly omega-6 fatty acids (mainly linoleic acid). However, they contain omega-3 fatty acids, such as alpha-linolenic acid, much less frequently. They are rich in alpha-linolenic acid, e.g. oil sage (Salvia hispanic), perilla (Perilla frutescens), and flax (Linum usitatissimum) (see table). Olive oil, which is not obtained from seeds but fruits, contains very few essential fatty acids. Green leafy vegetables contain very little fat, but 60-70% of them are alpha-linolenic acid. Fish and fish oil contain longer omega-6- and omega-3 fatty acids (EPA, DHA, ARA, and DPA), which are also used by the body for physiological functions in the body. The main difference between plant and animal sources of essential fatty acids is that plant sources are shorter (chains of 18 carbon atoms) and animal ones are longer (20 or 22 carbon atoms). The term “animal resources” is somewhat misleading, as these fatty acids are synthesized by seaweed and are only ingested by fish and incorporated into their bodies. Our body also needs some longer essentials, but we don’t yet have a definitive answer to the question of whether it can just create enough of them by prolonging short acids. No clinical or functional consequences of a possible lack of longer acids have yet been observed in vegans, only biochemical measurements have shown that the concentrations of these longer acids in the blood of vegans are lower than in omnivores.

Some of the most important sources of omega-3- and omega-6-fatty acids in foods.

The contents are given as %, which means g of individual fatty acid per 100 g of food. The sign (-) means that there is no information about the content or. that the substance was not found.

Bioavailability data (proportion of ingested omega-3 fatty acids absorbed from the gastrointestinal tract into the blood) are not available because no appropriate research has been done on this process. Based on indirect studies (residue of omega-3 fatty acids in feces, comparison of plasma concentrations with the ingested dose), we conclude that the share of their absorption into the blood is high.

After absorption, essential fatty acids can be metabolized by one of three pathways:

However, the prolongation of essential fatty acids is not very effective, as e.g. only 1% of ingested alpha-linolenic acid is metabolized to docosahexaenoic acid.

Omega-3- and omega-6-fatty acids are an important building block of cell membranes, and also, they form regulatory molecules such as prostaglandins, prostacyclins, thromboxanes, and leukotrienes, which regulate many important bodily functions such as blood pressure, blood clotting, gastric secretion, inflammation, and immune response. Those regulatory molecules formed from omega-6 fatty acids mostly stimulate inflammation, while those from omega-3 fatty acids inhibit it. For this reason, it is important to consume enough of both types of essential fatty acids with food. Because we often lack omega-3 fatty acids in our diet, this can lead to an increased risk of various diseases such as cardiovascular disease, rheumatoid arthritis, inflammatory bowel disease, asthma, and even mental illnesses such as depression.

For certain essential fatty acids that have the best scientific research and validation of individual physiological roles, it is permitted in Europe (with the approval of EFSA) to state health claims on foods that are a source of these fatty acids. Most claims were approved for different omega-3 fatty acids, only one claim for omega-6-fatty acid (LA) and one for a combination of omega-3- and omega-6-fatty acids. The following are the approved claims, together with the daily doses that are a condition for using the claim:

Essential fatty acids as a medicine

Lack of essential fatty acids causes various health problems. Poisonings with essential fatty acids, however, are not known. In its recommendations, EFSA did not set ceilings for any individual or total essential fatty acids in the diet. However, the WHO guidelines also contain ceilings, because some data suggest that excessive intake of polyunsaturated fatty acids could increase the likelihood of the formation of harmful radicals by lipid peroxidation, especially in combination with vitamin E deficiency. on dietary supplements and fortified foods containing health claims relating to EPA and DHA, warn consumers not to exceed an additional daily intake of 5 g of EPA and DHA.

Essential fatty acids are long-chain omega-3- and omega-6-fatty acids and are an important building block of cell membranes, in addition to which signaling molecules such as prostaglandins, prostacyclins, thromboxanes, and leukotrienes are formed. In 2010, the European Food Safety Authority (EFSA) produced a document entitled “Scientific Opinion on Nutritional Reference Values ​​for Fats, including Saturated Fatty Acids, Monounsaturated, and Polyunsaturated Fatty Acids, Trans Fatty Acids and Cholesterol”, which is quite similar to the WHO recommendations. (WHO) and the Food and Agriculture Organization (FAO). EFSA has confirmed many health claims for use on foods that are a good source of individual or total essential fatty acids.

12.  European Commission, “EU register on nutrition and health claims made on foods,” 2018. http://ec.europa.eu/food/safety/labelling_nutrition/claims/register/public/?event=register.home. Day of reading: 3.4.2018

20.  E. Offman, M. Davidson, and C. Nilsson, “Assessment of pharmacokinetic interaction between omega-3 carboxylic acids and the statins rosuvastatin and simvastatin: Results of 2 phase I studies in healthy volunteers,” J. Clin. Lipidol., vol. 11, no. 3, pp. 739–748, May 2017. 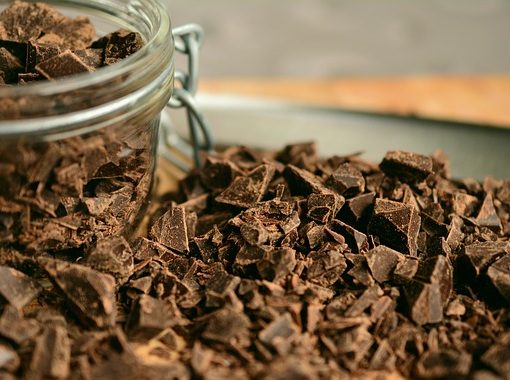 It is pretty difficult to imagine a world without the tasty treat that is chocolate. Most of us are pretty big fans […] 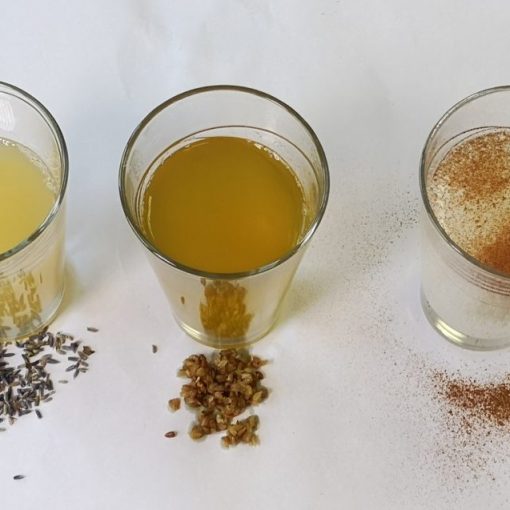 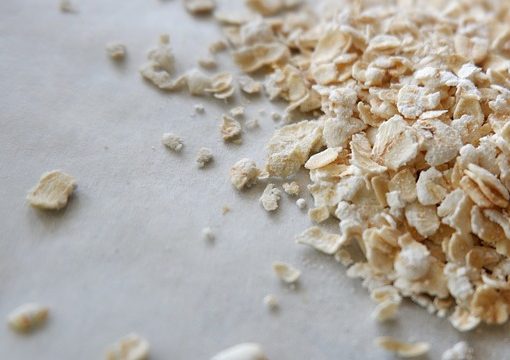 Remember all those stories from your childhood about porridge? Fairy tales about magical pots that made so much porridge, and about little […]